Partnering to support veterans into employment

With around 14,000 personnel leaving the Forces each year, Amey are keen to support and tap into this pool of talent. We recognise that ex-military personnel have many of the skills we are looking for such as initiative, teamwork and leadership and achieving successful outcomes. We also value their knowledge of the Armed Forces and we are keen to learn from them so we can improve our service delivery across the Defence Estate. 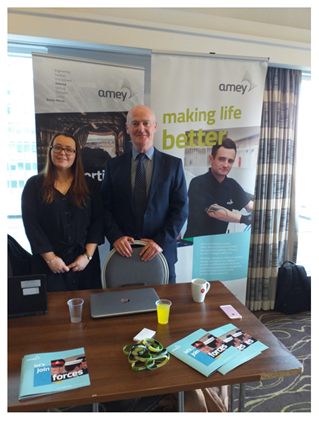 We have partnered with the following organisations to help identify opportunities for veterans:

BuildForce: In November 2019 we formed an alliance with Buildforce an industry led programme that aims to reduce the skills gap in the construction industry by recruiting ex-military personnel. Since then, we’ve:

Open University: We partnered with the Open University with the aim of supporting disabled individuals injured in or due to military service as they look to forge new careers in the civilian world.  There are more than 2.6 million veterans living in the UK and finding a second career when they leave their Forces family can be extremely daunting, even more so if they’ve suffered injury as a result of serving their country. Our support tp the Disabled Veterans’ Scholarship Fund (DVSF):

Women in Defence: Women in Defence UK (WiD) is another new partnership for us and one we’re really pleased to be involved with. Created in 2011, WiD aims to make Defence a better place for women to work and to celebrate and recognise the achievements of individuals, teams and organisations working in the Defence sector of our nation. The vision is to improve gender balance in the Defence sector and support the development and growth of women by providing fair opportunities for women to succeed at all levels. What makes this programme unique is that the public sector mentor the private sector and the private sector mentor the public sector meaning that the Armed Forces and civil service at all levels are able to gain invaluable feedback from people with quite different perspectives/experiences/backgrounds. To date we have: 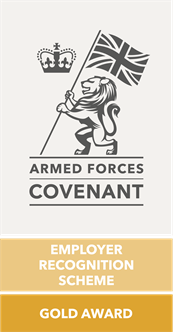 Our support for veterans and reservists, as well as spouses and partners has help Amey secure Gold in Defence Relationship Management's Employee Recognition Scheme. The stories below, shine a spotlight on some of the individuals supported in 2020.

Andy Wilmer, a Project Manager in our prison contract, served 13 years in the Royal Engineers before becoming injured on a training exercise and being medically discharged in 2015.  Andy found the transition into civilian life difficult and had several jobs until being offered a Project Manager role in Amey. He’s passionate about supporting other Service leavers who are looking for new career opportunities and often share his experiences of working at Amey with them.  “I feel proud to be working for Amey who are so positive towards ex-Forces and veterans in general. I know that veterans have a lot to offer businesses like Amey. They have a good work ethic they are adaptable and are able to solve problems themselves and I’m always keen to support BuildForce to help get this message over to Service leavers.”

In December 2020 ex-Lieutenant Colonel Ian Coulson, accepted a role in our Regional Prime South East (RPSE) contract as our Demobilisation Manager and we’re really pleased to welcome him into the Amey family. As part of Ian’s transition from his role as Head of Establishment at Thorney Island, BuildForce put him in contact with Richard Castell, Amey’s Operational Relationship Manager, and ex-Army Colonel, who provided him with ongoing support as he looked for employment via our mentoring programme. As soon as a vacancy became available, Richard encouraged him to apply knowing that the skills Ian gained in the military, as well as his first-hand experience as one of Amey’s customers, would be perfect for the role. 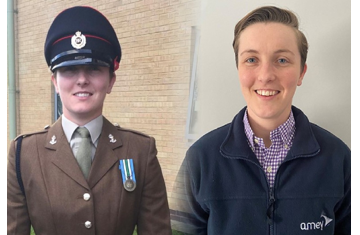 Analise served in the Corps of Royal Engineers for six years and is settling well into her new role as a Project Manager, overseeing all aspects of our projects in the Central North region, making sure they are completed within scope, within agreed timescales and that all health and safety measures are in place.  Whilst in the Royal Engineers, Analise qualified as a bricklayer and concreter at the Royal School of Military Engineering in Chatham prior to her first posting at 39 Engineer Regiment. Construction tours in South Sudan and the UAE followed before Analise moved on to 28 Engineer Regiment, where she became a C-CBRN (Counter Chemical, Biological, Radiological and Nuclear) specialist. On leaving the Forces, Analise began to plan for her future and became aware of BuildForce through social media. She had also heard great things about them from other Service leavers and decided to approach them to see what support they might offer. Analise specified that she would like to work for a large business that could offer development opportunities in a wide range of areas and was referred to our HR team as a potential recruitment candidate. 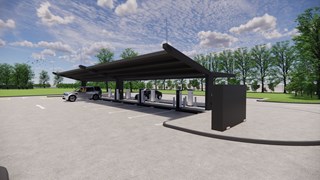 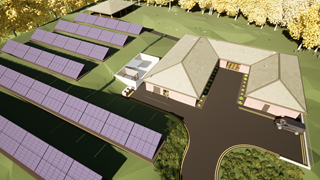 On Saturday, we will be marching at Pride in London. This year is doubly special as it marks the 50th year of Pride in… twitter.com >

Not to toot our own horn… but we won the award for the @EnergyAwards' Energy Project of the Year – Public, for our City… twitter.com >

We’re over the moon to see that we've been shortlisted for 8 categories this year in @CIHTUK's #Highways, #Transport #In… twitter.com >

Our second white paper on Creating Cohesive Communities across the Cardiff Capital Region has the vision of introducing… twitter.com >