The globalisation of infrastructure: a story of universal benefit?

Globalisation has been one of the great narratives of the last hundred years. As barriers to trade have receded and populations have mushroomed, globalisation has pushed up living standards and life expectancies. Along with GDP growth and increased migration, trade and technology have contributed to growth in developed and developing countries. 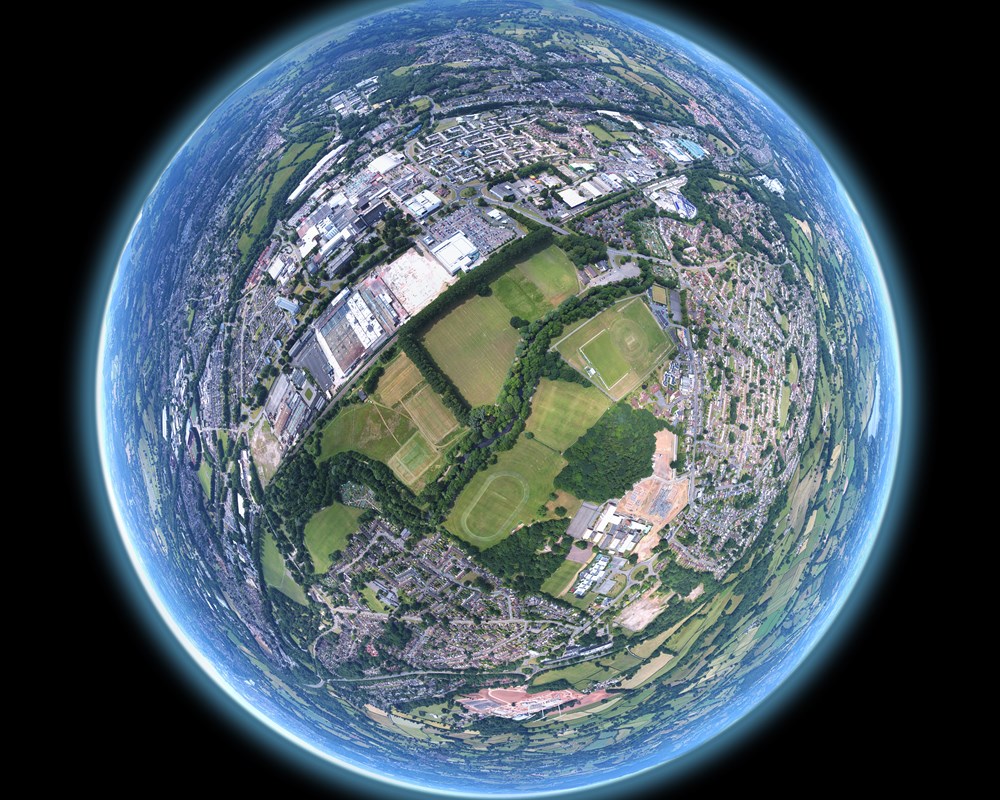 A positive story then of humanity’s universal betterment? Well, not quite. While globalisation has led to the creation of new social classes in the developing world, the rich in the developed world have become richer. In many cases, this has been a tale of advancement, however some people have remained spectators.

Globalisation is enabled by our reliance on cross-border supply chains, mobile labour forces and multinational markets, which have all increased. Much of this change has been driven by large scale investment in infrastructure, which facilitates trade, increases employment and supports migration across borders. Infrastructure, in short, is a key enabler.

Infrastructure investors, developers and operators have expanded their global capabilities and now transcend national borders. Infrastructure has always been an instrument of third world development, but the pace of investment is growing while the increased mobility of capital means the private sector is as active as states in many regions.

Rapidly-maturing stakeholders from the developing world - often backed by governments using infrastructure as a policy tool - have emerged seeking to expand their global footprint. China is, of course, the prime example. This has filled the void of developed nations in Europe, North America and Japan, who traditionally provided extensive foreign direct investment into the developing world. There appears now to be a changing of the guard.

Infrastructure is now a global investment

Historic investments in the building of large-scale infrastructure projects have been a key policy tool for developed nations. These investments, which have subsequently consumed resources over many decades, have been used to sustain economic growth and maintain employment levels either through the initial build or as these ageing assets are maintained. With budgets now being cut, much of this infrastructure built in yesteryear is now failing or crumbling into disrepair. To fund its renewal, new investment is required. This increasingly comes from other countries or the private sector. Infrastructure is therefore no longer a national investment. It is a global one.

The benefits of globalisation in the infrastructure sector are well-known. With increased competition and more international participation in infrastructure projects, levels of standardisation and collaboration across borders has increased. KPMG argued this generated greater innovation, with new approaches and business models developing out of increased funding and focus on infrastructure investment.

A force for good, but not for all

Globalisation, however, has not uniformly benefited all parts of society. Free movements of goods, capital and labour have placed many nations under stress and led to the rise of calls for protectionism and the curtailing of free trade. This threatens the pace of infrastructure investment and management, as it has a direct correlation with global growth, trade and migration, which is anticipated to slow in the coming years, as productivity declines and inequality increases.

For globalisation of infrastructure to be considered successful, it needs to bring benefits to a wider part of the social spectrum, for example through reducing costs, improving accessibility and increasing the value of the assets it supports through improved competition and greater levels of innovation. It needs to be an enabler for all.

What does the future hold?

Rudi Dornbusch, the MIT economist said, ‘things take longer to happen than you think they will, and then they happen much faster than you thought they could’. With the exception of Australia, which has experienced positive growth for the last 25 years, expansion in global infrastructure follows a cyclical pattern and is linked to economic and financial vulnerabilities associated with a government’s policy and investment decisions.

2017 saw a peak as there was an acceleration of infrastructure growth in places such as the USA, Japan, Europe and most emerging markets. This growth plateaued last year and looks likely to recede in the years ahead. While Australia, USA and China continue to grow relatively robustly, the UK, Europe, Japan, and a number of emerging markets appear fragile.

Within this dynamic, the cost of infrastructure in developed nations continues to increase as land costs rise and the complexity of fitting it within an urban environment increases (projects such as HS2 have faced such issues). Equally, with low interest rates encouraging both public and private borrowing, many of these countries and the companies that reside within them are highly leveraged. This attracts investment by reducing the cost of borrowing. Longer term however, increasingly high debt levels will make it unlikely the amount of infrastructure spending will continue in its current form. The evidence suggests a correction is on the horizon.

This view is supported by long-term economic growth, which appears to be slowing. The productivity puzzle theory suggests that since the financial crisis, productivity growth has been slow or negative in many countries. Over the last 50 years, the largest economies averaged about 3.5% in GDP growth with c.1.8% coming from productivity growth and 1.7% from the expansion of the labour force. Over the next 50 years, labour supply growth will slow down to c.0.3% across these countries and for some, labour supply has peaked already. Coupled with the rise of protectionism, this poses a direct threat to continued growth in globalisation and foreign direct investment, which infrastructure in many nations is now dependent on.

The move of globalisation away from labour-intensive product production toward knowledge-intensive service delivery provides opportunities and threats for developed and developing nations as countries and regions begin to use technology to leapfrog previous development arcs. Low wages are no longer the critical success factor in defining the flow of trade, instead investment in R&D and intangible assets are leading the way in developing nations and regions.

Countries no longer require an industrial revolution to become developed, rather demand is shifting toward access to energy, infrastructure and a skilled workforce able to deal with the challenges of an increasingly connected world. However, rapid social change and the failure of governments to keep pace with the demand for a better way of life has led to a rise in protectionism. If this continues, the levels of globalisation and infrastructure investment we see in the future will no doubt decline.

The solution, many argue, is for smarter globalisation - not maximum globalisation. A similar principle could be argued for our approach to infrastructure; moving toward smarter infrastructure, using technology to bridge the gap an impending downturn is likely to generate, and not rely on pre-existing infrastructure principles, involving high investment, and a build and leave mentality.

Technology can help deliver benefits for all

Technology has revolutionised many aspects of how we manage, use and integrate with the infrastructure around us. This is clear from the growth of AVs, smart grids, renewable energy sources and the Digital Railway. Even here, however, there is a risk that parts of the population lack the income and skillsets to benefit from the cheaper goods and services that improvements to infrastructure will bring.

Therefore, if we are to encourage greater investment in infrastructure on a global level, we should be looking toward leveraging technology to provide greater benefits, not just to the assets but to the people and communities that use them. If done correctly, this could strengthen ties between regions and nations and drive another wave of infrastructure investment for many years to come.