As the land of opportunity, and home of the brave, the USA is 40 times larger than the UK and is a large patchwork of States. Each has its own history and traditions, offering excitement and variety, albeit with a degree of homogeneity. And with size, comes scale – think of McDonald’s, by sales, the largest restaurant chain in the world; Macy’s with the 2nd largest department store in the world; and Walmart the world’s largest retailer with a revenue of almost $16,000 per second. 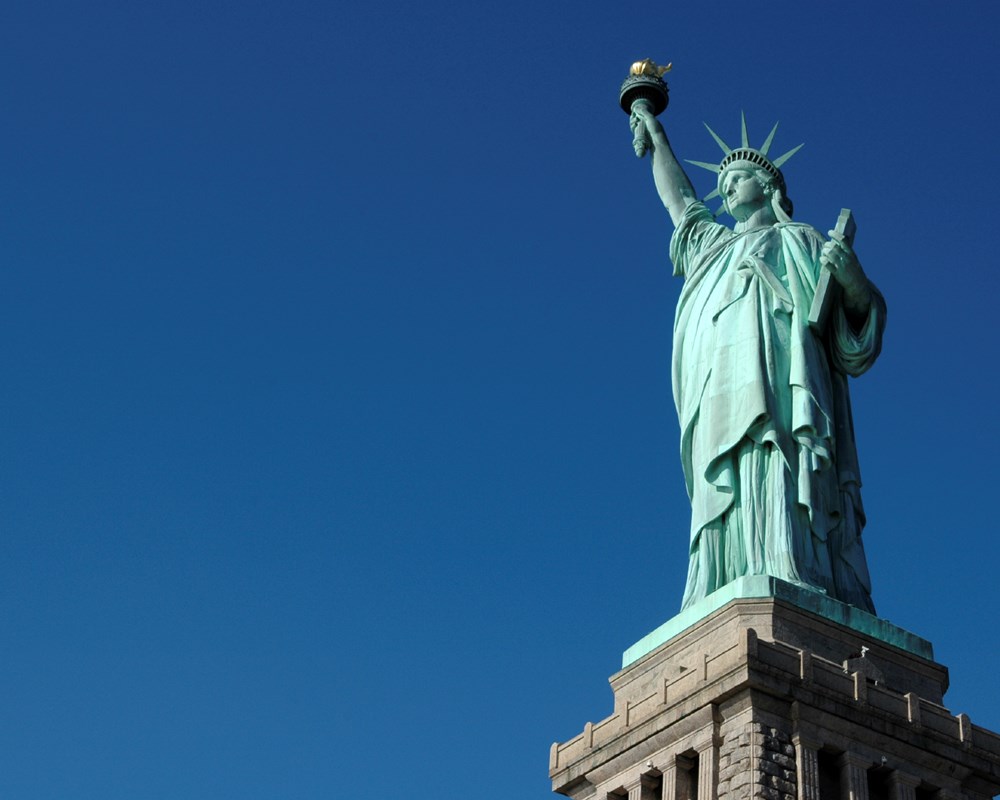 As the land of opportunity, and home of the brave, the USA is 40 times larger than the UK and is a large patchwork of States. Each has its own history and traditions, offering excitement and variety, albeit with a degree of homogeneity. And with size, comes scale – think of McDonald’s, by sales, the largest restaurant chain in the world; Macy’s with the 2nd largest department store in the world; and Walmart the world’s largest retailer with a revenue of almost $16,000 per second.

Ageing infrastructure in the New World

To many, including Americans, the USA is also seen as a new country. But when it comes to infrastructure, much of it is actually very old. For example, the first contract was let in the building of the Interstate Highway System in 1956, the New York subway opened in 1904, and the Brooklyn Bridge opened to the public in 1883. Unfortunately, much of the country’s infrastructure is in a sorry state of repair. The American Society of Civil Engineer’s Infrastructure Report Card recently gave it an overall grade of only D+ in 2017.

It was the sheer size and scale of the country (and the problems being faced in the delivery and sustainability of efficient infrastructure) that drew me to the USA. Prior to that, I had been working on P3 type deals, strategic infrastructure investments and economic development – both in the UK and other parts of the world, where full lifecycle costs and resilience were common themes. I worked in a variety of sectors including ports, rail, highways, airports and land developments. And so it was clear that I could put my skills and experience to work in the US.

Major projects are under the spotlight

Against this backdrop there are a number of megaprojects that have been built or under construction, plus others that are in the planning stages. Some of these have come about out of necessity, others because of decay and neglect. These range from new High Speed Rail projects in California and Texas, to the expansive infrastructure plans for the East Side Access and Gateway Program projects in the New York area. The Gateway Program continues to “go slow” while the existing infrastructure creaks and groans through age and the ravages of natural events, most notably the impact of Hurricane Sandy back in 2012.

Inevitably there is a whirlwind of politics and funding issues that spin around projects of this size and importance. In the New York/New Jersey area alone, there are several examples of infrastructure that are very much on the political agenda. I paraphrase Joe Biden when he famously called LaGuardia the equivalent of a third world airport – that airport is currently subject to a huge redevelopment.

Similarly, New York State Governor Andrew Cuomo earlier in 2018 announced further details of the proposed $13 billion development of JFK Airport, with construction slated to commence in 2020. New Jersey Transit is another public agency firmly in the spotlight, having become a major political issue during the New Jersey Governor elections of 2017 - as a result NJT is the subject of daily reports focusing on delays and problems.

And, of course, there is the highly publicized $40 billion New York City Transit Fast Forward Plan championed by Andy Byford, the incumbent President of NYCT. This is designed to bring the agency’s infrastructure to a place comparable with the best mass transit systems the world has to offer.

What all of these projects demonstrate is an understanding of the undeniable link between efficient infrastructure and economic prosperity. The country’s continued growth has created greater demand for finite infrastructure resources.

Having said that, there is also a growing realization that what is already there has not been well maintained. This is showed by the work of federal agencies, such as the Federal Highway Administration (FHWA) and the Federal Transit Administration (FTA), in their pursuit of improved asset management activities.

The FHWA has an Office of Asset Management working to advance asset management best practices expressly for the preservation of existing highway infrastructure assets. Similarly, FTA grantees are required to develop asset management plans covering their public transportation assets. This includes vehicles, facilities, equipment, and other infrastructure, with an eye to systematically operating, maintaining, and improving these assets throughout the entire life cycle.

Some agencies are going even further and have embarked on the path towards ISO 55001 accreditation – although it would be fair to say that it is early days.

What all of this shows is that agencies know that they must do more with what they already have. This involves the long-range planning for upfront capital investments but also crucially the ongoing operation and maintenance of these facilities.

For too long, maintenance has been reactive and based on a given year’s budget constraints. Agencies are starting to look more objectively at the information they already have at hand and how that can be used to better inform their practices, processes and budgets. Of these, a number are still getting to grips with what information and data they actually have.

One thing is for sure: systematic asset management is starting to take centre stage. For some, this can be put down to the need for regulatory compliance. However, there is a growing band of transportation agencies that see and understand the true value of improved asset management practices. It is clear that some agencies are at a different level of maturity than others.

Our expertise is put to use across the globe

With all these well-documented challenges being faced by the transportation sector in the US, Amey Consulting has a lot to offer in solving current problems and ensuring future conditions for infrastructure are vastly improved. Our expertise has been gained in many parts of the world, which means that we bring international best practice to the US.

Our work in the UK, for such organizations as Heathrow Airport and Network Rail, and in Australia for the likes of Sydney Trains, means that we bring solutions that are tried and tested yet refreshingly different. Our ability to handle big data in a way that aids effective cost-saving decisions is of particular interest to our growing client base in the US – we blend technical expertise and operational knowledge with high-,level analytical capabilities to make life easier for infrastructure owners via practical solutions.

I’d like to add one last moniker for a country as vast as the USA - a land of extremes, from the human-made majesty of One World Trade Centre to the natural wonder of the Grand Canyon. There is a place for shiny new things but there is also a place for looking after what you have already. I’m pleased to say that the latter is being addressed with some vigour.

For more information about our work in the US speak to Steve at: Steve.McDonagh@ameyglobal.com