In the excitement that surrounds major new infrastructure projects, Dr Mark Brown of Amey Consulting explains why it’s imperative that we keep focused on maximising the value of our existing assets. 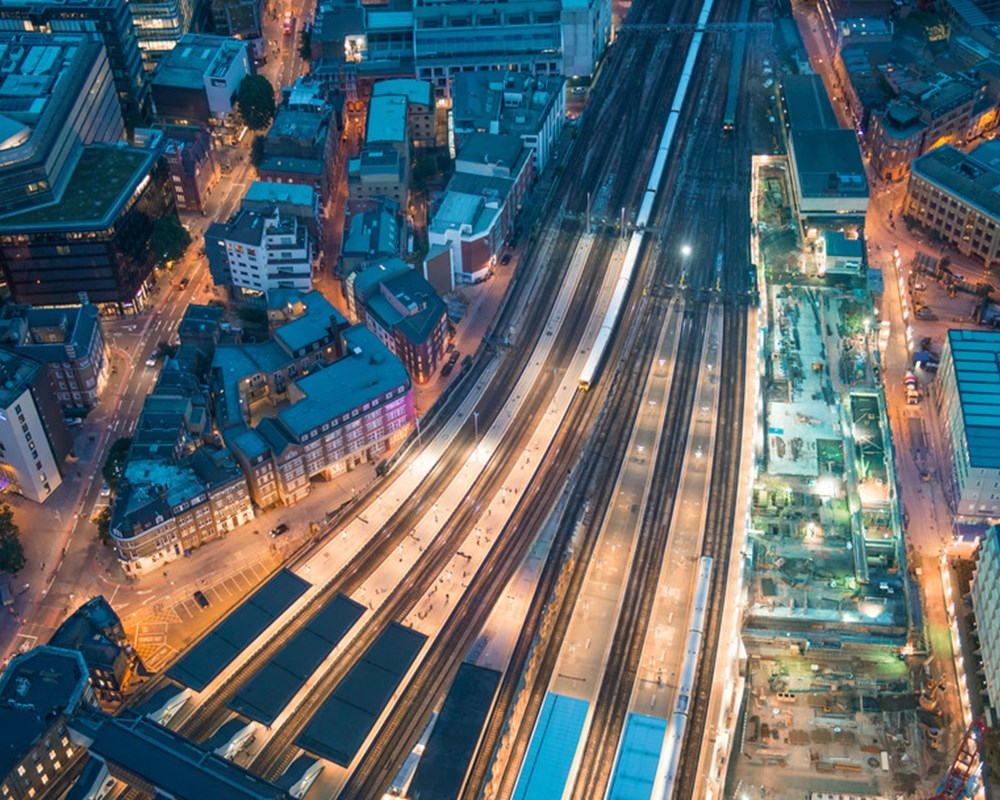 Inevitably, it’s the glossy new construction projects such as Crossrail, HS2 or nuclear power stations that hog the limelight, when it comes to interest in Britain’s infrastructure. The country’s aging roads and Victorian rail network struggle to quicken the pulse in the shadow of such exciting new developments. Increasingly underfunded by local and central government alike, these infrastructure assets that have been at the heart of transport systems for many decades are all too often faced with nonchalance – a ‘make do and mend’ attitude.

The RAC Foundation reported recently that over 3,200 road bridges are ‘sub-standard’; funding for local roads maintenance is projected to reduce by 50% between 2010 and 2010; whilst the maintenance back-log for local roads currently stands at 12 years. TfL has also been told that it must fund all of its operational activities, which include maintenance from its own passenger revenue receipts and will only receive government support for capital investment.

As our age of austerity celebrates its first decade all types of infrastructure start to reveal signs of neglect, yet the UK’s ‘new projects pipeline’ shows more than £100Bn of capital schemes at various stages of development.  How can this be?

Little downtime for our assets

Managing the UKs aging yet vital assets can present a greater challenge than budgeting for new, shiny and more expensive projects. The upkeep of our established transport and utilities networks, buildings and other public assets is becoming increasingly important as population growth increases reliance on such infrastructure.  At Amey Consulting our ability to predict how, where and why we invest in maintenance has never been more intuitive as we apply intelligence to the array of data available.

Big Data methods allow infrastructure managers to monitor the performance and condition of all types of assets and to tailor maintenance to meet individual needs. Such methods involve cutting-edge scientific and engineering techniques and have been proven to save asset operators millions of pounds as well as improving the performance of their infrastructure.  But the adoption of such techniques is far from universal.

When we talk about infrastructure, we often use “innovation” as a shorthand. But “innovation” refers only to the very early phases of infrastructure development and use. It also tends to narrow the scope of technology to digital gadgets of recent vintage: iPhones, social media apps and so on. A more expansive conception of infrastructure would take into account the diverse array of tools, including smart highways systems and trains, that we humans use to help us reach our goals.

According to work carried out by Digital Built Britain, a government-backed industry-led group driving forward construction’s digital transformation, the UK’s capex spend on infrastructure in 2016 was £89bn compared to £122bn invested in opex spending to keep those assets running.

It’s not just maintenance that we fail to appreciate; it’s also the maintainers themselves. We do not grant them the attention or status their essential work really deserves.  Inventing and building something new always grabs the headlines ahead of the equally, or even more, challenging task of keeping Victorian assets operating.

Always eager for the photo-op and the exciting new announcement, politicians, too, prefer creating shiny new things to maintaining old, dingy ones. The past Mayor of London, Boris Johnson, was well known for promoting his ‘innovative’ Emirates Air Line  cable car from Greenwich to…well…somewhere north of the river.  At £60m , this has been criticised as poor value for money that could have been used to maintain the highways across several English counties; but which politician ever gained such photogenic coverage from pledging to fill in potholes?

Unlike innovation, which has a cottage industry devoted to its study and cultivation, maintenance is not something we spend a lot of time trying to understand better. Perhaps if we thought harder about it, we would grant it the prestige and the funding it deserves.

The importance of prediction

There is certainly a financial reward to greater understanding: maintenance is big business. Major UK service companies like Amey make large investments every year in tools and procedures for predictive maintenance, since their success depends on the reliability of their products and the existence of orderly routines to follow when things break down. The Docklands Light Railway recently invested in a state-of-the-art ‘Enterprise Asset Management system’ to control the mass of data now required to inform managers, often in real time, of the condition and performance of every significant asset on the network, allowing maintenance to be evaluated, prioritised and efficiently delivered.

As the sheer number of assets required to support our increasingly complex society grows, so we need to give greater priority and funding to maintenance and intelligent management of our infrastructure.  We also need to recognise that the intellectual and technical challenge of managing assets whilst maintaining an adequate level of service (on our highways, railways, waste systems) is at least as demanding as that required to build greenfield infrastructure. Increasingly, the key to effective infrastructure and an efficient society will be less about building the new and more about how we manage our existing assets.