Network Rail’s multi-million-pound remodelling of King’s Cross was driven by the need to upgrade the infrastructure of the iconic station, much of it over 40 years old. Assets including track, junction lighting and signalling equipment were nearing the end of their operational life, becoming unreliable and costly to maintain. The project aimed to simplify the track layout at the approach to the station and renew the associated track, signalling and overhead line equipment (OLE). 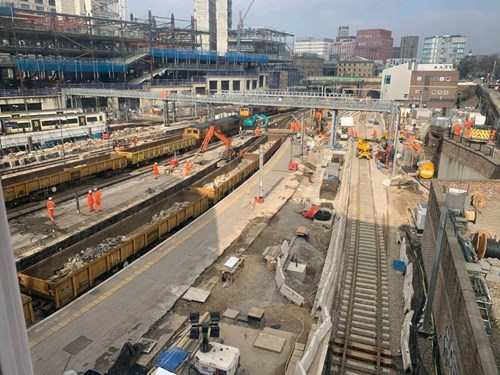 The ambitious programme was divided up among several contractors. Amey’s electrical power team came on board in 2019 to produce detailed and approved for construction designs for lighting two junctions known as the Throat and Belle Isle, and redesign the points heating at the two junctions following the track reconfiguration. (For this, the designers drew on the expertise of the Amey track team based at York.) Designs were also required for the rewiring of low voltage supplies to relocated equipment such as fire alarm call points, and the disconnection and rerouting of a critical high voltage power cable. 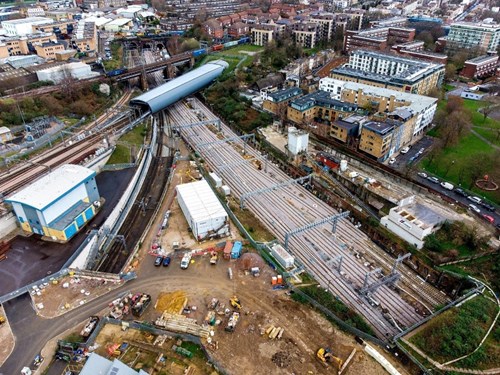 In addition, Amey played an important support role by providing small staging designs throughout the project to prepare the way for major activities. For example, a plan was drawn up for the relocation of points heating transformers and other electrical equipment in an area where civil engineering works were about to take place. Amey also carried out extensive asset condition surveys. 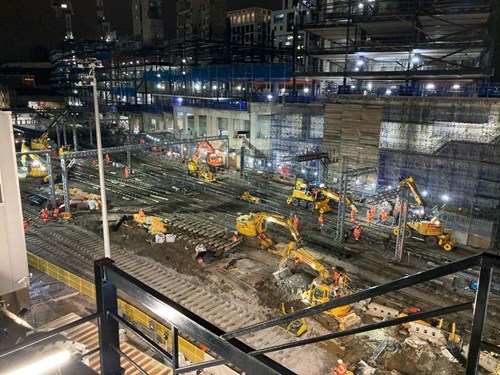 Due to the number of contractors involved and the interconnected nature of the works, the project was governed by a complex structure based on a hub and spoke model. The lead design organisation (LDO), Network Rail’s Infrastructure Projects Scotland and North Eastern (IP-SNE) division, was positioned at the centre with a coordination and logistical role. Major contractors including Amey (electrical power and track), Morgan Sindall (overhead line equipment and civil engineering) and Siemens (signalling) communicated with the centre and each other. 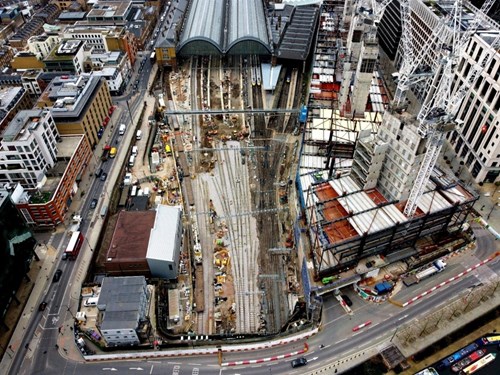 Collaboration was supported by use of a smartsheet allowing everyone to coordinate their activities with other parties and measure progress against deadlines. Meetings were held weekly to ensure all participants were on schedule and to discuss any issues – no designs could be submitted to the LDO until there was unanimous agreement. A federated building information model was constructed to provide visibility of the overall project and identify clashes. The process was successful in ensuring the multiple work strands remained aligned and on track.

Wherever possible, the Amey designers identified opportunities to add value, save costs and improve efficiency. For example, one of the key tasks was to disconnect and reroute a high voltage (11kV) cable responsible for supplying power to signalling, lighting and other electrical equipment to a large area of the station. The original solution for temporarily replacing the supply was to bring in five noisy generators for seven weeks. Amey proposed a cheaper, more environmentally-friendly alternative, in which the necessary power was supplied by running cables from existing sources without the need for generators.

The King’s Cross project was an excellent showcase of Amey’s design expertise, proactive approach and ability to work within a complex project delivery structure. It also provided a valuable learning opportunity. Several members of the design team upgraded their modelling skills in order to work effectively with the complex federated BIM model at the heart of the process – a resource that will certainly benefit future projects.